A cinematic, musical comedy based on Desmond O’Connor’s acclaimed stage show and an imagining of the now most infamous Royal caper of recent times. Coming to the screen soon! 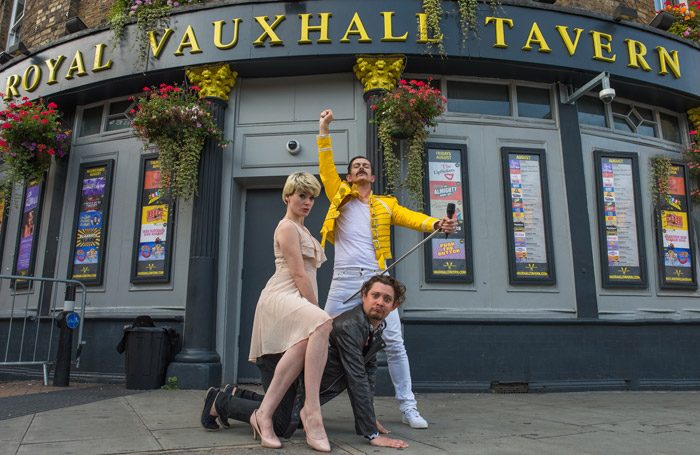 A heart-warming and touching story about three troubled lives all ultimately cut short: a rock legend dying from AIDS, a princess in a loveless marriage, and Britain’s funniest sad man – going through a very unfunny divorce.

Inspired by real events: It’s 1988, the IRA & Thatcher’s Britain casts a cloud over the UK. London is partying hard under the spectre of AIDS, the scrutiny of a savage press and the promise of a summer of love. The decade is awash with drugs, misogyny and homophobia leaving a repressed gay community in hiding, fear and shame. But not for long…

When Princess Diana dreams of a rebellious, wild night out away from relentless paparazzi, ruthless Royals & her unfaithful husband, she turns to her best friends:

Lead singer of rock band, Queen, Freddie Mercury, recently diagnosed but deciding to live his life out and proud before he dies. He has accepted who he is.

And Kenny Everett, TV’s campest funny man, firmly in the closet, and suing his ex-wife for speaking the truth. A man most certainly hiding from whom he is!

Having fallen out over men, drugs and something much more closer to home, a feuding Kenny and Freddie are brought back together by Diana in an attempt to make amends – and give them all a much well deserved night out of fun.

The only trouble is: how the hell are they going to get one of the most famous women in the world into the Royal Vauxhall Tavern without blowing her cover?

Hatching a plan, Diana, Freddie & Kenny, venture into the flamboyant underground world of a notorious gay club, and down the rabbit hole of their own anxieties & imaginations. The result will take the audience into a dazzling and outrageous world of fantasy, music, drama and dance.

Royal Vauxhall is the best night out in the 1980s you were never able to attend…until now.

Hold onto your crowns, your coke and your cock-rings! We are not in Kansas anymore!

You’ll be howling with laughter and on the verge of tears the next…those who like their musicals quirky and irreverent should investigate this at their earliest opportunity. It’s a cracker.”

“Royal Vauxhall is an excellent addition to the musical genre and a wonderful tribute to three very misunderstood figures in pop culture history…you’ll be guaranteed a five star show.”
Broadway Baby

“This is a brilliantly funny new musical – the writing it witty and fun, and the songs will have you dancing along in no time. All three performances are outstanding, with each performer perfectly capturing their character…highly recommended to anyone looking for some tongue-in-cheek 80s goodness.”

“A night to remember, Royal Vauxhall is a musical party fit for a princess.”
Grumpy Gay Critic
✭✭✭✭ 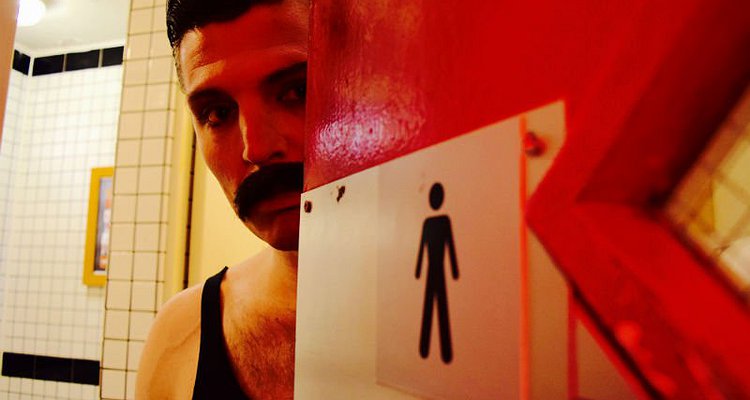